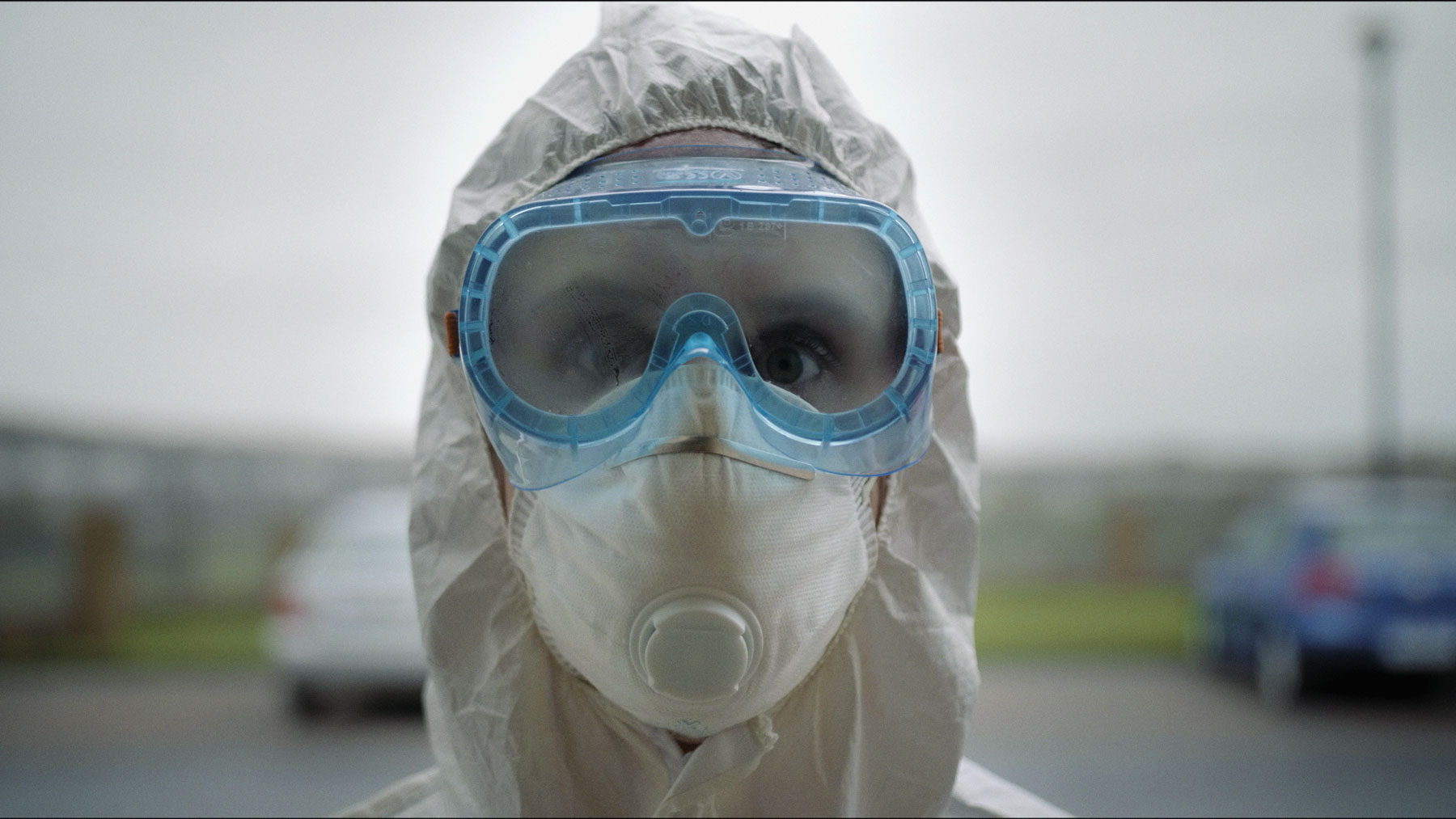 Nora has trouble talking to anyone, wearing a full hazmat suit to try and block out the outside world – her anxiety means she struggles to be around people. She tries to put herself out there and engage with the world, but she just can’t. Suddenly Rachel, a well meaning co-worker invites Nora to a house party – how will Nora’s Hazmat suit hold up? At the party, Rachel learns how challenging Nora’s anxiety is, and ultimately how to relate to her co-worker a little better.