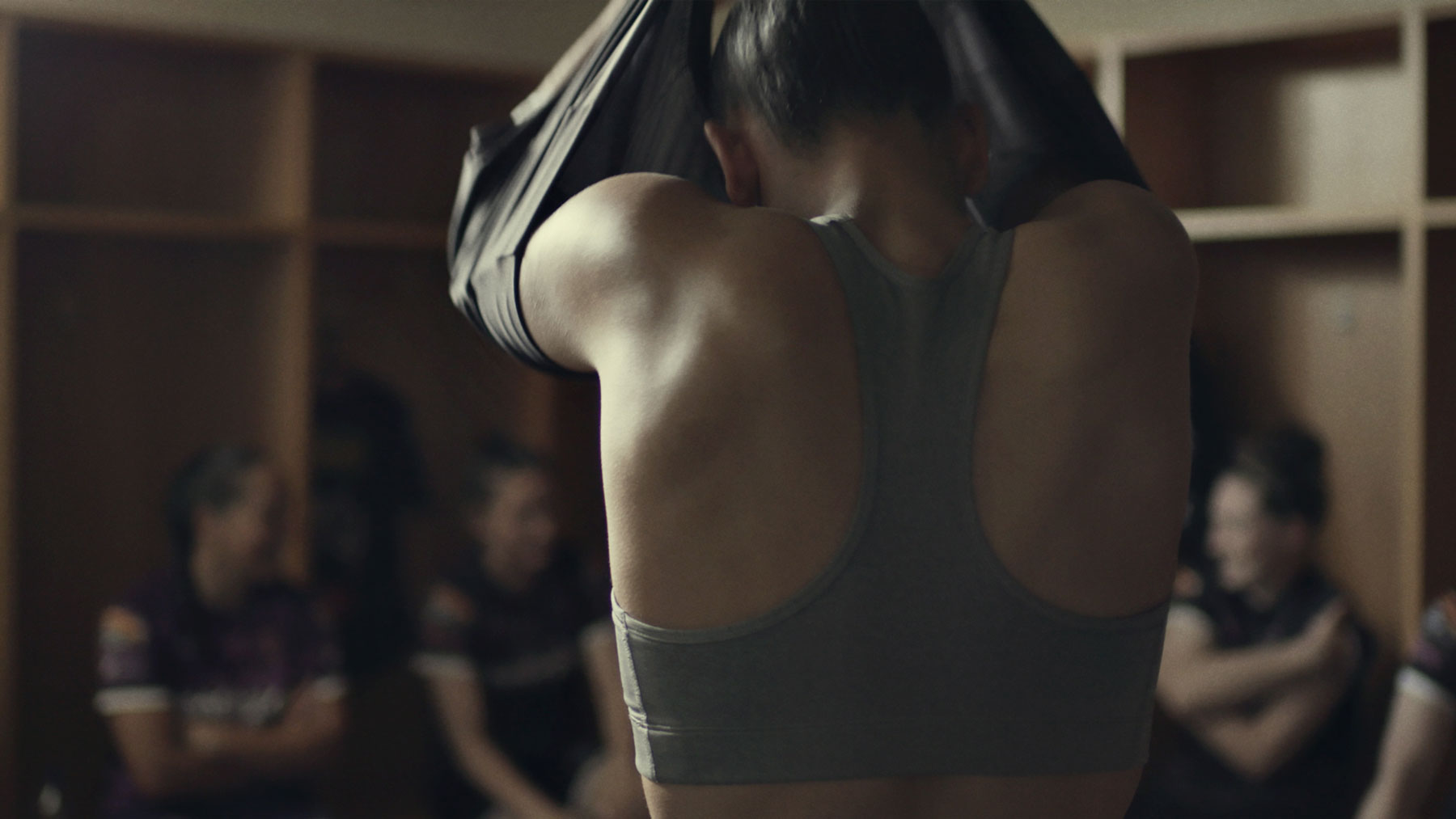 In Iseult Howlett's directorial debut, three successful female athletes explore how being physically courageous, unapologetically competitive and deeply passionate in team sport can unlock a freedom to really occupy your own skin. The Grass Ceiling is based on Eimear Ryan’s essay 'The Fear of Winning'.

The award winning film 'The Grass Ceiling' is Iseult Howlett's directorial debut. Iseult has been crafting stories for screen for almost 20 years. She is a multiple IFTA nominated editor and has cut a number of award-winning documentaries and short films. Iseult is repped as a commercial & short form director by Banjoman Films in Dublin, Ireland. She is co-developing a comedy-drama TV series under X-Pollinator's INCUBATOR scheme that is supported by Screen Skills Ireland, Fís Éireann / Screen Ireland and the Broadcasting Authority of Ireland (BAI). Iseult has also been a writer for two seasons of the pre-school animation show 'Mya Go', which broadcasts internationally.

Frankie Fenton is an award winning Irish film-maker specialising in documentary to do with social matters. He is a graduate of Dublin City University with an MA in Film and Television Studies. Frankie worked on hundreds of television shows in London before picking up the camera for his own work. His debut feature documentary ‘IT’S NOT YET DARK’, narrated by Colin Farrell, premiered in the World Cinema competition at Sundance Film Festival 2017.

Eimear Ryan's writing has appeared in Stranger's Guide, Winter Papers, Granta, The Stinging Fly, The Dublin Review, and the anthologies Town & Country (Faber) and The Long Gaze Back (New Island). She is working on a book of essays about camogie for Penguin Ireland and is co-editor of the literary journal Banshee. Eimear's debut novel ‘Holding Her Breath’ will be published by Penguin Ireland in 2021. She lives in Cork.