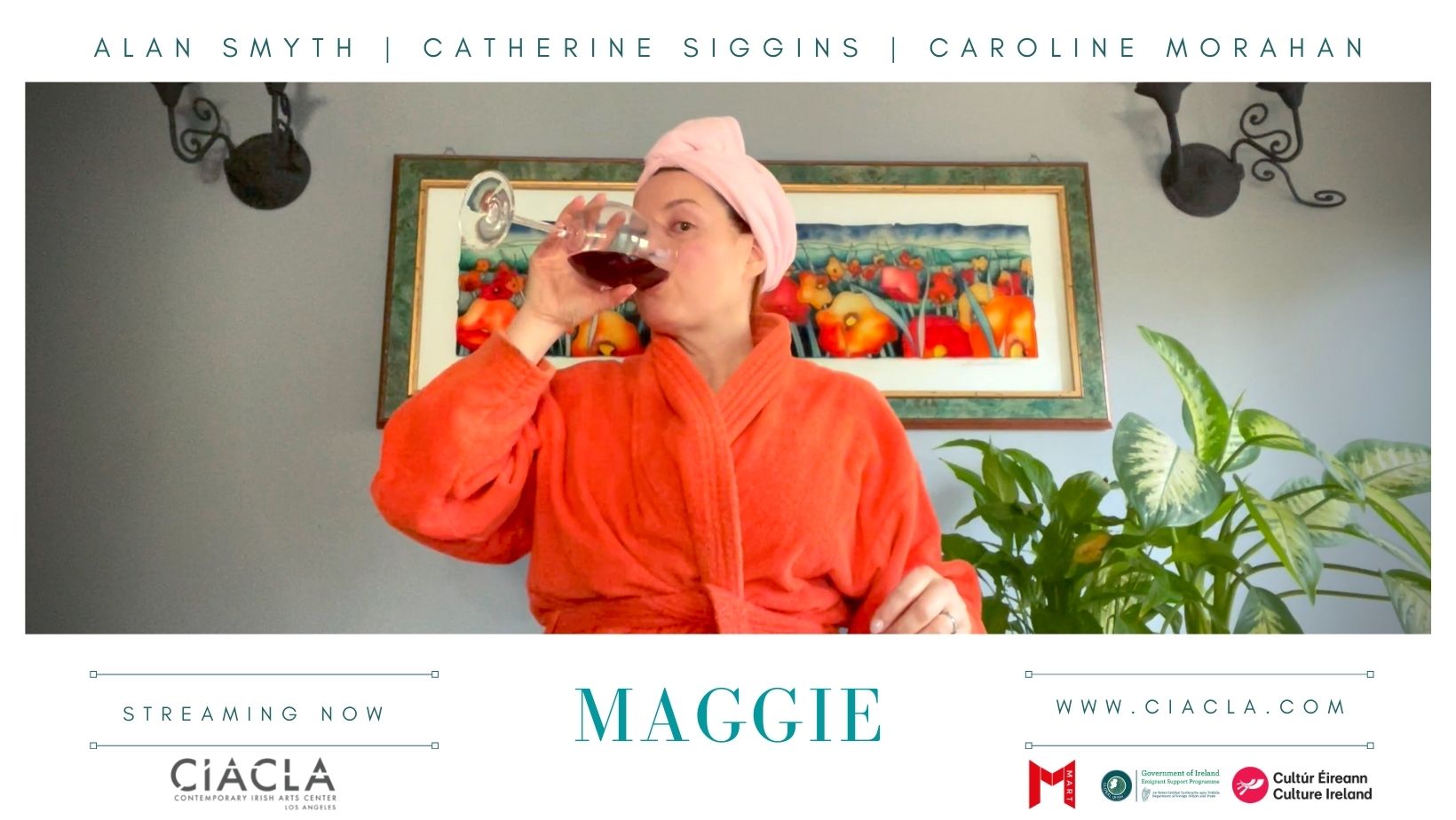 In June 2021 CIACLA proudly presented “Maggie”, a short film offering a glimpse into the lives of a recently separated couple. What happens to their fractured relationship when their mutual friend drops a bomb into the works?

The film stars Alan Smyth, Catherine Siggins and Caroline Morahan and was produced in response to restrictions on live theatre during the Covid-19 pandemic. The Directors of CIACLA, Jenny Minniti Shippey, Ciara Scanlan and Matthew Nevin, worked together with the three actors to develop and direct this short film remotely.

To view the film please email [email protected] for a screener link.

Featuring in order of appearance:

Alan has appeared in every major theatre in Ireland, and has played in Cairo, New York, South Carolina and Los Angeles. He has lived in LA for 15 years where the majority of his work has been in television and film.

A native of Dublin, Catherine has worked in feature length films, theatre, and appeared in Lead and Guest star roles in national television series in Ireland, the UK, and internationally. She splits her time between Los Angeles & Dublin, Ireland.

Caroline Morahan {Once Upon a Time, The Real O’Neals, Disjointed},

Caroline is an actress and TV host.  Acting highlights include Queen Elinor on ABC’s Once Upon a Time, theatre work at The Abbey, Dublin and film roles opposite Sharon Stone and Andy Garcia. She has hosted numerous Irish primetime TV shows including The IFTAS - Ireland’s equivalent of the Oscars. She was a judge on CBS talent show The World’s Best with James Cordon.

The film includes original music by Hannah Crowley, a singer/songwriter and actor from Dublin who currently resides in Los Angeles.