Culture Chats is an accessible discussion intertwining cultural and social issues, while delving into the minds of some of the leading contemporary voices in Irish culture.

Episode 4 was filmed during November 2022 on location at Building Bridges, Bergamot Station Arts Center in Santa Monica, Los Angeles, during CIACLA's Irish Contemporaries Exhibition, where Matthew Nevin hosted a discussion with Irish Creatives living in Los Angeles on how the they have found success, the ups and downs of their experiences of working in LA and advice for anyone looking to follow in their footsteps.

The episode features: Olivia Tracey, an established actress and one of Ireland's most distinguished models, Kirsten Sheridan is an Irish film director and screenwriter, Sonya Macari Devlin an entrepreneur and actress and Jenn McGuirk an actress, singer, voice over artist. 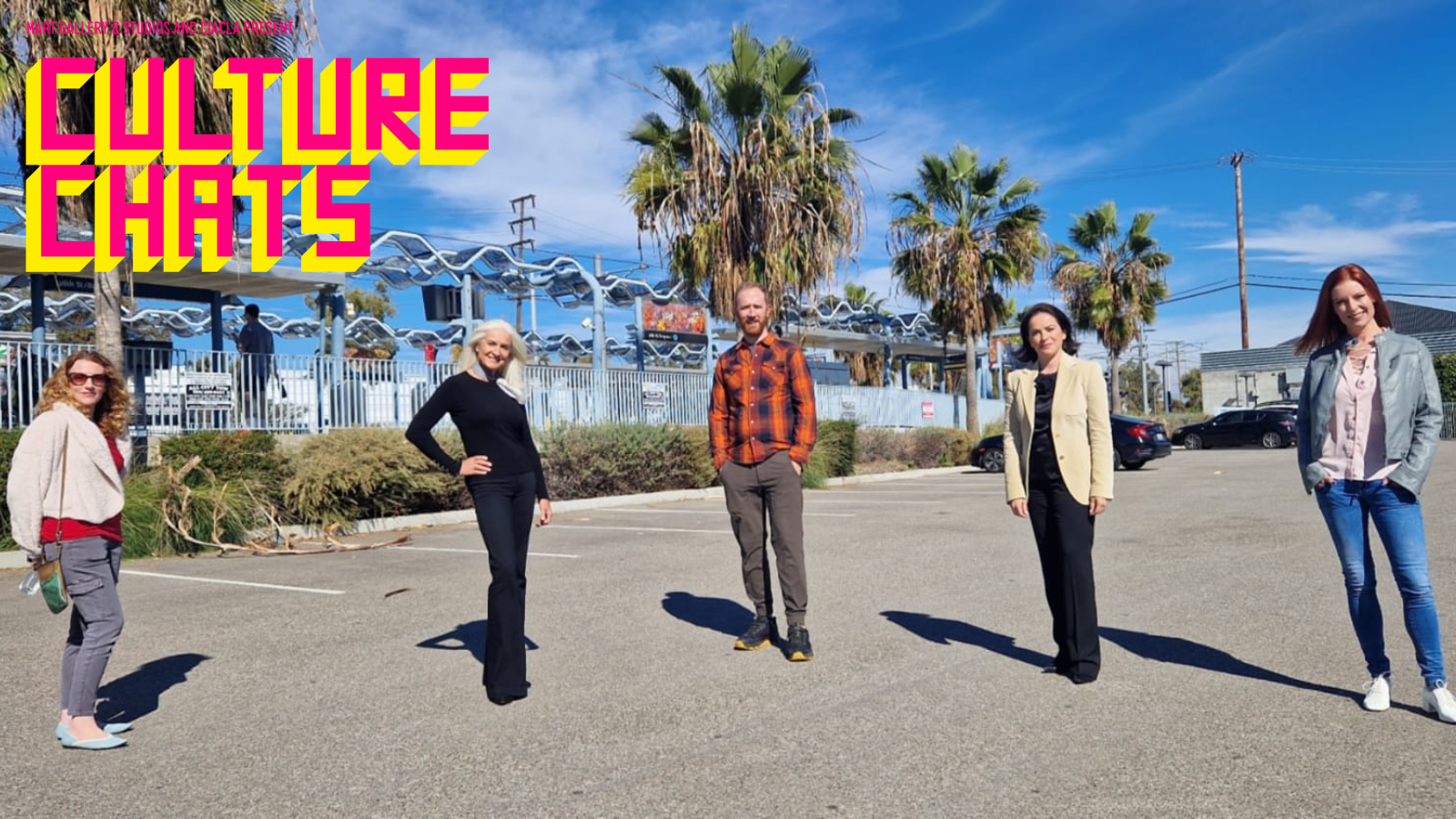 Olivia Tracey, an established actress and one of Ireland's most distinguished models. IMDB | Instagram | Agency

Jenn McGuirk an actress, singer, voice over artist, and Director of programming at CIACLA. IMDB | Instagram

With thanks to support from California Arts Council, Culture Ireland and Government of Ireland's Emigrant Support Programme, and MART Gallery & Studios Dublin.

CIACLA is a non profit 501(c)(3) arts organisation that promotes Contemporary Irish Culture and supports local communities in Los Angeles through a multidisciplinary diverse programme in collaboration with local and international cultural partnerships. CIACLA is focused on developing a creative platform to support and challenge artists as a means of promoting creative innovation and collaborative initiatives in Los Angeles and across the USA. Support us by visiting here!